PERFORMANCE AT THE EXHIBITION IN VIENNA 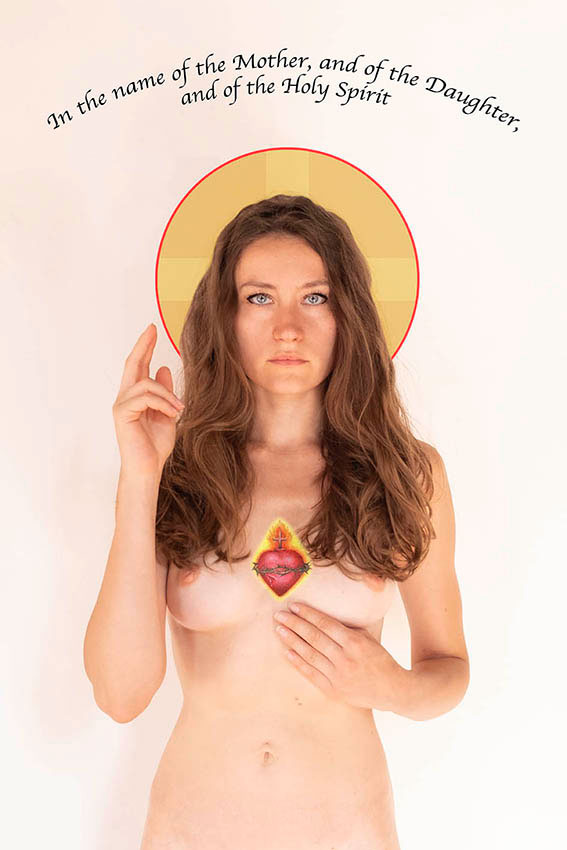 The exhibition will also include my other projects:
‘Eleutherophobia – fear of freedom’ (film & photography)
‘Seidr’
‘Hidden Child’ (video by the October! Collective)

Did the patriarchal structure within the religious institutions create unbalanced power dynamic between genders in all aspects of life? What was the influence of such patriarchal hierarchy on reducing women power to be in charge of their lives and their bodies? What is the correlation between the level of religiousness within one country and decreased rights of its female citizens to decide about themselves on the equal terms to men (such as forced marriages, limited access to education, lack of voting rights, banning and criminalising abortion, honour killings, female genital mutilation, breast ironing and other forms of harmful discriminations)? On which basis is it believed that God is a men? Can it be assumed that the Male God is a root and a symbol of gender inequality? Shall we consider that God has no gender?